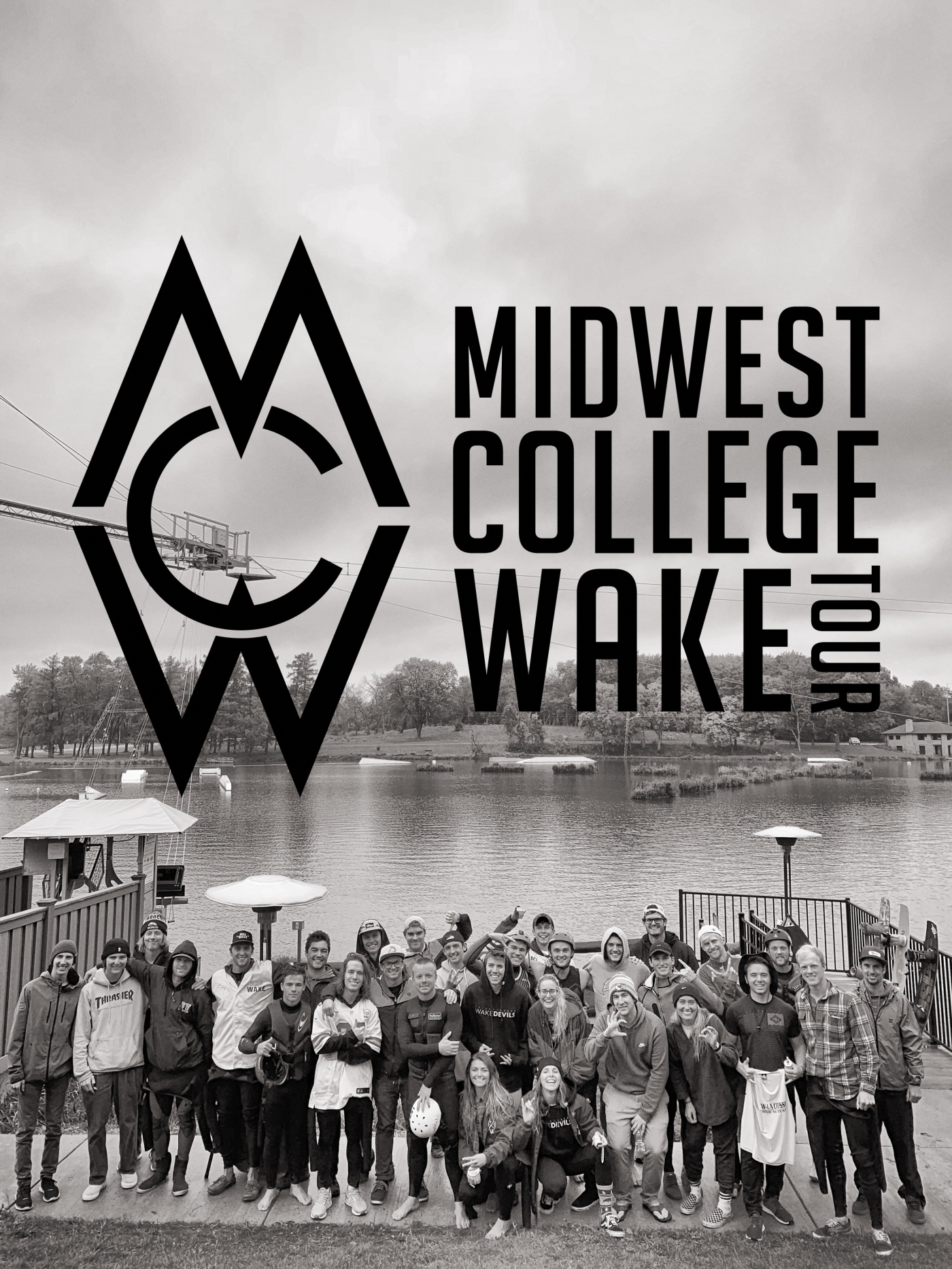 A last minute location change for the boat contest, 45 degree air temps and drizzly conditions didn’t prevent the 2nd stop of the Midwest College Wake Tour from going off over the weekend. We had 30 riders representing 9 different schools sending it behind Munson Ski and Marine’s beautiful 24MXZ and at West Rock’s UNIT hack playground in Rockford. We saw quite a few riders step their game up and enter the higher divisions, leading to tighter competition at the top level. Here’s how it all went down!

On Saturday, we trekked up to Lake Delavan in southern Wisconsin for the boat tournament. When the first rider hit the water, the air temp hadn’t cleared 50, but the water was forgivingly warm at 68. Courtney Kenny performed some aerial acrobatics (despite her knee doctor’s warnings) and took the top spot in the beginner division. After that, Jonny Stever took first in the intermediate division using borrowed gear. Jonny made the trip from Mizzou with only the clothes on his back. The top two divisions were won by the newly formed Wisconsin Wake crew. Cale Pliska, who was competing for the first time, showed off a wide variety of inverts and stuck a switch toe 540 to cap it off, all while grinning ear to ear.

The open division was definitely difficult to judge. Josh “Shredwards” of Michigan State was first on the water and landed a tantrum, a switch tantrum, a scarecrow and a switch scarecrow. He was planning on following that up with a toe 540, but ended up taking the gnarliest crash of the day, ejecting as he caught his toe edge in the top of the wake. A second attempt at the trick earned Josh another toe edge, and third place in the division. Jack Schoepp was next up, and also went down on his first toe 540. However, he stood up his run after that and sent some stylish wrapped tricks all leading up to a crow mobe at the end of his run. Cole Wotjak (whose name I just learned how to pronounce) was the final rider in the division, and he did not disappoint. He progressed his heelside tricks from tantrum, to tantrum to blind, and all the way to Moby Dick at the end. In the end, it wasn’t quite enough to beat Jack Schoepp, who took first place ahead of Cole.

Austen Denning searching for a landing in the spray.

Jack Schoepp surprising everyone and not passing the handle.

That’s not Jonny’s board. 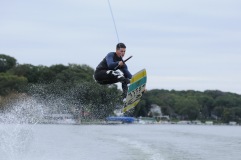 Kori getting the grab.

Cale Pliska waiting for the perfect opportunity to spin.

Jack Schoepp showing his feminine side.

Riders were greeted by hot breakfast, coffee and heaters on a rainy Sunday morning at West Rock. After the contest rules were explained, beginners suited up (wetsuits, that is) and hit the water. Sam Preston of Kansas State placed first in the beginner division, with his teammate Jamie Hoffman taking third. Tanner Van Horn brought home the first gold brick for Arizona State with two clean kicker hits, a tantrum and a toeside backroll. Missouri took the top two spots in the intermediate division, with Kori Saake hitting a backside 360 off the kicker and a tantrum off the Raph steps to take first, and Jonny Stever landing a stylish stalefish to blind for second. The open division was another close call. Cole Wotjak landed his Moby Dick again, and came around for a true method grab on his second kicker hit, which earned him third place. Tristan Weber took second by launching a toe back 540 with a midspin melon grab and getting technical on the rails with a mummy wrapped landing off the incline. In the end, the local cable operator Matt Gagnon tore the park to pieces, linking trick after trick in every section and winding up on top of the podium. 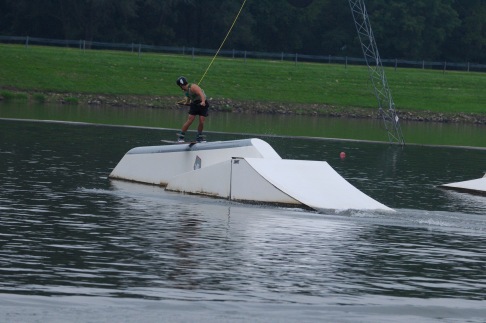 Matt Gagnon with a clean 270 to the down rail.

Matt Gagnon is not just an operator. 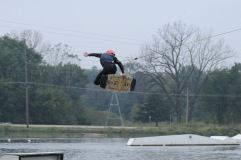 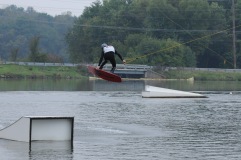 Is this Tristan Weber’s favorite trick? 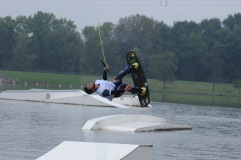 Regular or switch? With Shredwards, it’s hard to tell. 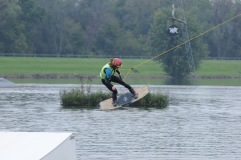 Jonny Stever taking it to blind.

Herman Melville would be proud of Cole Wotjak. It’s okay if you don’t get the reference, I had to google it too.

Austen Denning. He’s not Santa Claus, but he is up on the rooftop.

The team results were no less dramatic. Missouri and Wisconsin ended up in a tie after a series of recounts. They ended up splitting the prize money 50/50, each taking home $500 for their club. If you guys are looking for a Christmas gift for Pete, a calculator might be a good choice.

Stop number 2 was definitely one for the books, and we can’t thank everyone enough for making it happen. Shoutout to Munson Ski and Marine for hooking us up with a boat, West Rock Wake Park for the amazing hospitality, and STZ for sending a care package full of prizes for the winners. Next stop, KC Watersports!

One thought on “West Rock Recap”